The Undoing is the Must-See Series You'll NEVER Unsee 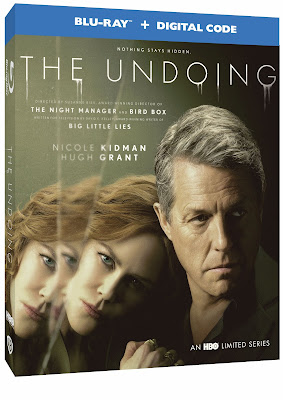 Thinking back, I'm not even certain how or when The Undoing first appeared on my radar. If my memory serves me correctly, as I was searching for a movie or show that seemed to pique my interest, I just happened to observe the listing for the HBO Limited Series, The Undoing. A thriller, based in New York City, featuring Manhattan's elite, I'm in! As a New Yorker, getting a glimpse in to the glamour and glitz of NYC's socialites include a series of ominous twists and turns for good measure, The Undoing does it all. Revelations of deceit evolve into public disgrace and self-doubt as Grace fails to trust her own advice while seeking to discredit a life in order to create a life for herself and her family. Believe me when I say, The Undoing is the must-see series you'll NEVER un-see.
Thank you to Warner Bros. Home Entertainment and the promotional team for The Undoing for the courtesy of providing complimentary media screening provisions for editorial content purposes. This content may contain affiliate links.
The Undoing is the Must-See Series You'll NEVER Unsee 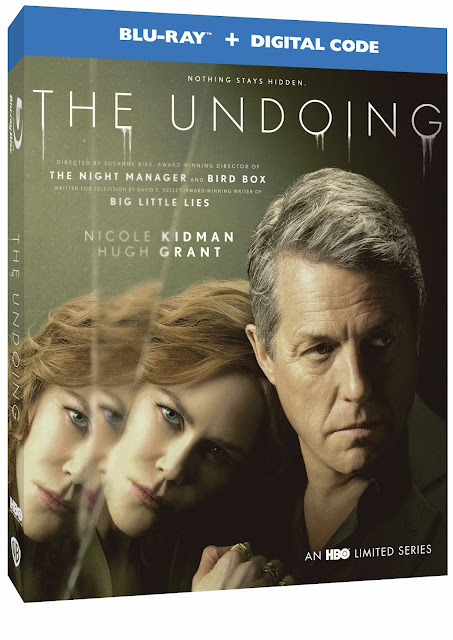 Meticulously clearing my schedule, I carefully planned ahead to be certain I'd never miss one single moment of the six sensational episodes of The Undoing: An HBO Limited Series from Warner Bros. Home Entertainment. Based upon bestselling novel, You Should Have Known, written by Jean Hanff Korelitz, The Undoing is captivating! Revealing the thrilling, entangled lives of Grace (Nicole Kidman) and Jonathan Fraser (Hugh Grant), both seemingly living their best lives of NYC prestige and prominence when the unexpected occurs. Suddenly, the world as they knew it was immediately and forever changed as a horrific death opens up a new world filled with deceptions.
"Making HBO history as the first Original Series to grow viewership consistently week after week over the course of its season, the thriller will have you on the edge of your seat from start to finish with all six gripping episodes from the fantastic limited series, plus three bonus features including one where the longtime friends and co-stars discuss working together for the first time."
The Undoing cast list includes-
- Nicole Kidman - Emmy® and Academy Award and Golden Globe-winner (HBO’s Big Little Lies)
- Hugh Grant - Emmy® nominee and Golden Globe and BAFTA Award winner (A Very English Scandal)
- Edgar Ramirez - Emmy® nominee for American Crime Story: The Assassination of Gianni Versace and Carlos)
- Noah Jupe (Honey Boy, A Quiet Place 2)
- Lily Rabe (American Horror Story)
- Noma Dumezweni (Black Earth Rising)
- Sofie Gråbøl (HBO’s Gentleman Jack, Fortitude)
- Matilda De Angelis
- Ismael Cruz Córdova (Berlin Station)
- Donald Sutherland (Emmy® winner for Citizen X)

The Undoing: An HBO Limited Series is available to own on Blu-ray, DVD, and Digital via purchase from all major digital retailers including Amazon Video, iTunes, Google Play, Vudu and others. A Digital Copy is also included with the purchase of specially marked Blu-ray discs for redemption and cloud storage.
As the owner of the digital content published by Creative Learning Center Studios, I am compensated to provide my opinion on products, services, websites and various other topics. This content may contain affiliate links. Even though, as the writer/owner of this blog receiving compensation for posts or advertisements, I will always give my honest opinions, findings, beliefs or experiences on those topics or products. This content abides by word of mouth marketing standards. I believe in the honesty of relationship, opinion and identity. The views and opinions expressed on this blog are purely my own. Any product claim, statistic, quote, or other representation about a product or service should be verified with the manufacturer, provider, or party in question.
HBO Nicole Kidman The Undoing Warner Bros. Home Entertainment