Discover the True Story Revealed in I Heard The Bells 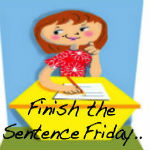 Here is your opportunity to participate in an exciting giveaway contest we are thrilled to share with our community. We have partnered with a few of our colleagues to help host a fun chance for you to s tyle and win big in the Arturo Alvarez Demalde  Wrist Society Giveaway. Here's what you need to know to get in on the big giveaway! Enter Now!