Dangerous Times is an Understatement from Phillip Frey

Truth is very often said to be stranger than fiction. Well, If there is any truth to that statement then I shudder to think of the strange possibilities of real life. With that being said, the title of my most recently read novel, Dangerous Times is an understatement. Dangerous Times takes readers to a dimension that is 10 levels past dangerous. Phillip Frey has created a deceitful world of criminal activity, backstabbing and ruthless characters so deviously crafted, I found myself reading with my eyes covered. Dangerous Times is Frey's newly released crime thriller that is so calculated and deliberate with action, the suspense keeps you entwined in the corrupted web of crime until the very end of the novel.

Thank you for the review copy of Dangerous Times provided courtesy of Phillip Frey for editorial content purposes. This content may contain affiliate links.

Dangerous Times is an Understatement from Phillip Frey

Crime stories, whether fictional or non-fiction in nature are seething with sinister deviants that have such a twisted talent for vicious behaviors and emotionless thought patterns void of conscience. Dangerous Times introduces Frank Moore, criminal mastermind fueling the intense pace of the action in the suspenseful scenarios of stalkers, victims and deception- or is that really the case?

My first experience reading a crime thriller was purely coincidental. The paperback novel mysteriously appeared at the edge of my driveway one morning, just like the daily newspaper. With a story line that I never want to happen across in a newspaper headline, Dangerous Times is a depiction of the mechanics of madness elaborately captured in a disturbing, well written novel complete with an assortment of characters too vivid to exist only in text. Frey certainly does his readers justice with an intriguing and clever plot in Dangerous Times. My final thought as I finished the lengthy read was, "How does an author develop such a compellingly vicious plot for a book?" Then I thought again, "If truth is stranger than fiction, I really don't want to know."

Frank Moore is a psychopath who has come up with a diabolical plan, one which will drown goodness and grace in a river of blood. He has finally found the key to its success. Frank has found his scapegoat, his look-alike, a close-enough double who lives in San Pedro: John Kirk.

It's January in the harbor city of San Pedro. A time when the foggy nights have a way of turning dreams into nightmares.

Auto-mechanic John Kirk is buckling under the weight of his troublesome relationships. Troubles that fall by the wayside when Frank Moore comes to town. Frank has switched their identities and fingerprints, an act that will send the innocent John Kirk through 48-hours of betrayal, violence, and murder. 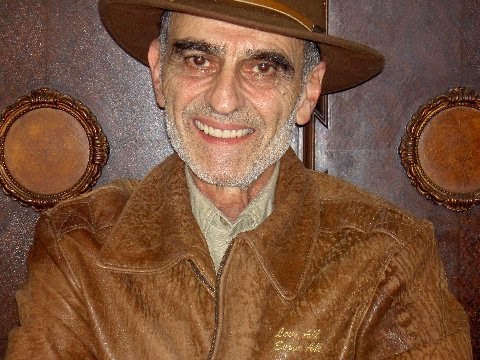 Phillip Frey grew up in Cleveland, Ohio, where he performed as a child actor at The Cleveland Playhouse. The day after he graduated high school he moved to Los Angeles and attended Los Angeles City College. Phillip enrolled in their Theater Arts Department and performed in many of their plays while also performing in local theater.

He then moved to New York where he performed with The New York Shakespeare Festival, followed by The Repertory Theater of Lincoln Center. With a change of interest Phillip wrote, directed, and edited 3 short films, all of which had international showings, including The New York Film Festival.

With yet another change of interest he returned to Los Angeles to become a produced screenwriter. And now more recently, "Dangerous Times," and "Hym and Hur," and a collection of short stories are Phillip Frey's first works of fiction.

I have received Dangerous Times for the purpose of completing this review. As the owner of this blog, niecyisms and nestlings, I am compensated to provide my opinion on products, services, websites and various other topics. This blog may contain affiliate links. Even though, as the writer/owner of this blog receiving compensation for posts or advertisements, I will always give my honest opinions, findings, beliefs or experiences on those topics or products. The views and opinions expressed on this blog are purely my own. Any product claim, statistic, quote or other representation about a product or service should be verified with the manufacturer, provider or party in question.