Save the Earth- Dear Future Generations: Sorry- Exclusive Video from Prince Ea and Stand for Trees 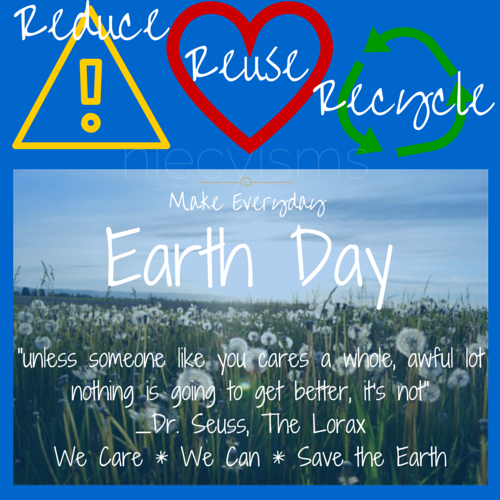 "Save the Earth" was the foundation message of the grassroots organization credited with establishing the origins of the first Earth Day in 1970, 45 years ago. Earth Day Network (EDN) promotes environmental awareness and activism around the world. Thanks to the concerted efforts of the Earth Day Network, concerned individuals and dedicated activists are able to powerfully influence a climate of positive change locally, nationally, and globally.


As a inspirational tribute to the 45th anniversary of Earth Day's inception, celebrity activist and spoken word artist Prince Ea recently debutted his newly released video, "Dear Future Generations: Sorry" to inform and motivate this generation to address deforestation and climate change with the organization, Stand for Trees.


Known as an internet sensation, Prince Ea has a strong following based upon his reputation as a talented writer of creative, thought-provoking songs and talks that speak to audiences across color, age and gender lines. Prince Ea, featured in numerous publications including Huffington Post, CBS, FOX and Yahoo Music, found inspiration to produce this most recent video from the Stand for Trees campaign, protecting threatened forests and helping to facilitate global climate change.

"This isn't just about saving trees, it's about doing what's right for billions of people around the world affected by climate change, as well as taking back the future of generations who will be affected by the actions we take today," said Prince Ea, following visits to two Stand for Trees project sites developed by Wildlife Works in Kenya and the Democratic Republic of Congo.

Dear Future Generation, we're sorry but a forest the size of New York City vanishes every 48 hours. With the support of each $10 Stand for Trees Certificate purchased through their website, we are preventing CO2 from entering the atmosphere, while protecting forest habitats that are vital to sustaining communities and endangered animal species. "Proceeds fund development and aid efforts within Stand for Trees projects, providing thousands of jobs, access to clean water and food security, and funds for building schools and protecting wildlife habitats".
To pledge support and to see Prince Ea's latest release, visit StandforTrees.org
activism climate change Dear Future Generations: Sorry deforestaion Earth Day Earth Day Network endangered animals environmentalism Prince Ea Save the Earth Stand for Trees