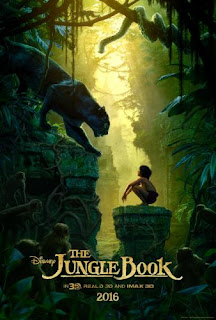 The Bare Necessities may be a treasured Disney tune, however it will never be a Disney motto. The bare necessities are unheard of in the pixie dust-filled world of Disney magic. The upcoming, live action version of The Jungle Book is directed by Jon Favreau, of recent Iron Man acclaim, and based on Rudyard Kipling’s timeless stories inspiring Disney’s classic animated film, The Jungle Book. The all-star cast of the live-action film brings The Jungle Book to life as never seen before.

This well known epic adventure, The Jungle Book, tells the story of Mowgli portrayed by Neel Sethi, a "man-cub" who’s been raised by a family of wolves. Sadly, Mowgli learns that he is no longer a welcomed member of the jungle by the fearsome tiger Shere Khan, voiced by Idris Elba (yes, please!). Young Mowgli is urged to abandon the only home he’s ever known, and embarks on a captivating journey of self-discovery, guided along the way by the panther, Bagheera and the lovable bear Baloo and so many others.

Look forward to seeing the Disney Classic Movie The Jungle Book as never seen before in theaters in 3D on April 15, 2016.

The wild adventure of Disney's The Jungle Book swings into theaters in 3D on April 15, 2016.
Disney Disney Movies Rudyard Kipling The Jungle book