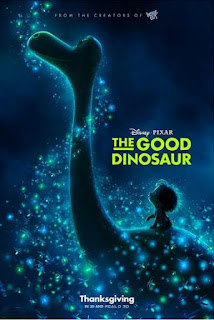 The appeal of dinosaurs hs to be the mystique that surrounds their existence. Everything that we have learned about dinosaurs has been unearthed from clues that have been discovered as we attempt global expeditions to solve their mystery. Big or small, herbivore, carnivore, omnivore. We want to know more about dinosaurs. Through the wonders of movie magic, Disney Pixar introduce us to Arlo, an Apatosaurus, The Good Dinosaur. 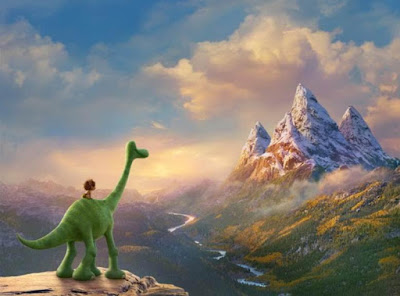 In the movie, The Good Dinosaur, the question of all questions is asked- "What if the asteroid that forever changed life on Earth missed the planet completely and giant dinosaurs never became extinct?" From the talented minds of Pixar Animation Studios we are able to embark on an epic journey into the world of dinosaurs. The Good Dinosaur, an Apatosaurus named Arlo (voiced by Raymond Ochoa) makes an unlikely human friend along the way.

While traveling he begins a journey through a harsh and mysterious landscape, Arlo learns the power of confronting his fears and he also discovers what he is truly capable of achieving. 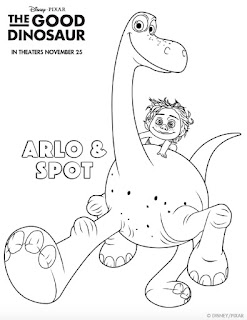 Enjoy these free The Good Dinosaur Coloring Pages activities available for you to download!