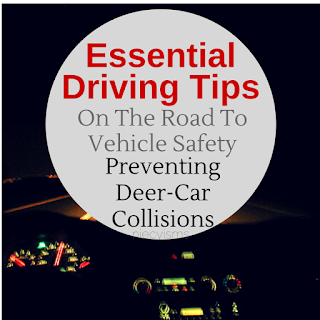 It's almost considered to be one of the rites of passage for suburban and rural drivers, increasingly for city drivers, as well- deer collision season. Living in a rural area, I knew it was almost inevitable, only a matter of time. Perhaps, I should have put out into the universe that we would be the exception to the rule. Bounding from the depths of darkness, the deer came out of no where. Thankfully, only our vehicle was damaged, we were shaken, yet safe and unharmed. Deer hunting and deer mating season are prime times when drivers are to demonstrate extra caution and attentive driving, as deer-car collisions increasingly occur during this time of year.

Meemic Insurance Company shares essential tips and reminders for drivers to on the road to vehicle safety preventing deer-car collisions. 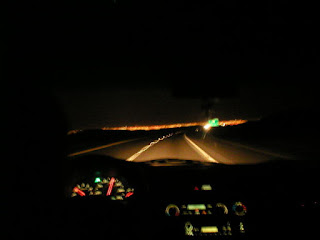 According to the National Highway Traffic Safety Administration there are about 1.5 million car accidents with deer each year that result in $1 billion in vehicle damage, about 150 human fatalities, and over 10,000 personal injuries.

"Collisions with deer always spike this time of year as they become more active during hunting and mating season," said Meemic Insurance Company spokesperson, Pamela Harlin. "Deer become a serious safety hazard that drivers should be extra cautious of during the fall due to increased populations and hunters scaring the deer out of their natural habitat."


Stay aware, awake, and sober.
Car-deer crashes happen year-round, but are more likely during spring and fall, and at dusk and dawn so drivers should take extra precautions during these times.

Pay attention to deer crossing and speed limit signs.
Deer are creatures of habit and signs are installed at known deer crossing areas to alert you
Deer are herd animals, and frequently travel single file. If you see one whitetail, watch for others as another might not be far behind.

ALWAYS wear a safety belt.
It is your best defense against injury in any roadway crash.

Multiple independent studies have found that "Deer whistles" are not effective at warding off deer so even if you have one, remain vigilant

In the event that a crash is unavoidable, Meemic Insurance Company offers this advice to drivers:

* Don't swerve. Brake firmly, stay in your lane, hold the steering wheel, and come to a controlled stop.

* Pull off the road. Turn on your emergency flashers and be cautious of traffic if you leave your vehicle.

* Don't try to remove a deer from a roadway unless you are convinced it's dead. A wounded deer can cause serious injuries.

* Report the crash to the nearest police and your insurance agent.