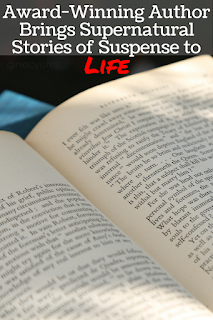 I'm one of those people. I read incessantly. Books have always filled my life to expand my horizons beyond everyday life. reading is contagious, I'm proud to say that I'm raising the nest generation of readers, potentially writers- the latter remains to be seen. Often I have shared my affinity for the thrilling suspense of a truly haunting ghost story. Lost among the pages of an intriguing story is usually where you'll find me, when I'm not busy at work, writing. Here is spectacular sample of great books from an award-winning, talented author that truly brings supernatural stories of suspense to life.

Thank you to Michael Phillip Cash for the courtesy of providing promotional copies for editorial purposes. 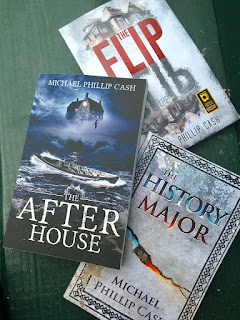 Finding a novel written by an author that gets it right is always a pleasure. Then to find the same sensation from reading the other various works within their repertoire is serendipitous. Award winning author and screenwriter, Michael Phillip Cash is credited with writing numerous books and screenplays in the horror, suspense, thriller, paranormal, and fantasy genres. The fact that I can relate to many of his settings, as he's a fellow New Yorker is purely coincidental.


Seth is laid off from work. His wife Lara just found out they are expecting a baby this summer. Seth plans on documenting the entire pregnancy with his brand new digital camcorder.

During an evening home watching television, the news reports that a swarm of cicada (Brood Ten) are expected to overwhelm the entire Northeast.

Brood Ten is vicious and ready to invade

During a sweltering summer night, Brood Ten emerges and wreaks havoc with the electric grid, phone and cell service, wi-fi, food and water supply. Civilization as they know it is gone...

Stillwell A Haunting on Long Island
Paul Russo’s wife just died. While trying to get his family’s life back in order, Paul is being tormented by a demon who is holding his wife’s spirit hostage on the other side. His fate is intertwined with an old haunted mansion on the north shore of Long Island called Stillwell Manor. Paul must find clues dating back hundreds of years to set his wife’s soul free.
Winner of NABE Pinnacle Award, Amazon Best seller- Ghost genre 45 weeks, Finalist Book of the year Foreword Review

The Hanging Tree A Novella
Enter a world where spirits roam the earth in Michael Phillip Cash’s haunting new novella, The Hanging Tree. Set amid the eerie backdrop of Long Island, an area famously steeped in old legend, two young would-be lovers contemplate their future while visits from those who have come before them reveal the lure of fate…and the power of free will.

Schism: The Battle For Darracia (Book 1)
On the planet Darracia, an ever-widening social gap between its inhabitants is causing
turmoil that is fracturing a once peaceful world. Struggling with his identity, nineteen year old Prince V’sair must harness the power of the elusive Fireblade, the secret to a warrior’s heart, in order to overcome his uncle Staf Nuen’s lust for supremacy. Will the energy of the Elements guide the young prince to his true destiny or will Staf Nuen conquer Darracia?

Collision: The Battle For Darracia (Book 2)
The Darracia saga continues with all the key players spread out and searching for answers throughout the solar system. Prince V’sair struggles to hold his fractured kingdom together without help from his family. His stepbrother Zayden is on a vengeful hunt for his evil uncle Staf Nuen. Tulani navigates her two worlds trying to bring them together. Staf Nuen, the orchestrator of the original coup, is making unholy alliances with nefarious new allies. Like the comet zipping across the horizon, all the different factions are heading for a collision course that will test both their faith and power.
Risen: The Battle for Darracia (Book 3)
Imprisoned on the dead moon of Bina, trapped at the bottom of the cold Hixom Sea, locked in a cell in the flooded Desa and blinded & defeated in the Eastern Provinces, the ruling class of Darracia is defeated without hope.
In the stunning conclusion of the Darracia saga, V’sair, Tulani, Zayden and Reminda must dig deep and find both strength and faith to rise from the depths of the impossible and restore order to their home planet from Lothen, Staf Nuen and the evil armies of Geva.

The Flip
Julie and Brad Evans are house flippers. They buy low, clean out the old occupants junk, and try to make a profit. Enter Hemmings House on Bedlam Street in scenic Cold Spring Harbor, Long Island. Too good a deal to pass up, but with an ominous secret. The old Victorian Mansion has dwellers that do not want to be dispossessed. As the house reveals it’s past, will the couples marriage survive The Flip? 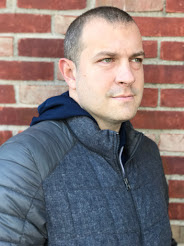 Michael Phillip Cash is an award winning screenwriter and novelist. He's written many books and screenplays in the horror, suspense, thriller and fantasy genres. He resides on the North Shore of Long Island with his wife and children.

As the owner of this blog, niecyisms and nestlings, I am compensated to provide my opinion on products, services, websites and various other topics. This blog may contain affiliate links. Even though, as the writer/owner of this blog receiving compensation for posts or advertisements, I will always give my honest opinions, findings, beliefs or experiences on those topics or products. This blog abides by word of mouth marketing standards. I believe in the honesty of relationship, opinion and identity. The views and opinions expressed on this blog are purely my own. Any product claim, statistic, quote or other representation about a product or service should be verified with the manufacturer, provider or party in question.
author books Michael Phillip Cash Paranormal reading supernatural suspense thriller