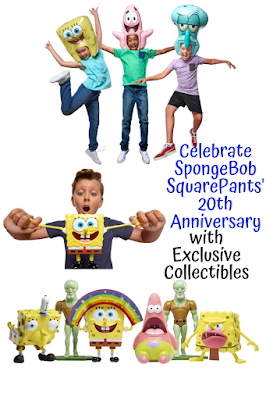 Have you ever noticed from the very start that something extraordinary was happening? So many of us experienced just that feeling as we were first introduced to the brilliant world of SpongeBob SquarePants, first premiering on Nickelodeon in July 1999. Perhaps it was that those enormous blue eyes seemed to expressively squint deep into our souls to tickle our funny bones. The magic of the SpongeBob phenomenon swished us down below sea level to the vividly animated settings of Bikini Bottom. Celebrate the SpongeBob SquarePants 20th anniversary with these exclusive collectibles.

Thank you to Alpha Group and their promotional team for the courtesy of providing gratuitous product for editorial content purposes. This content may contain affiliate links. 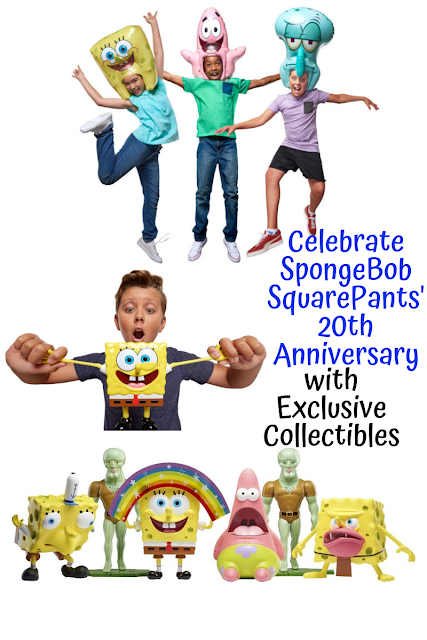 Ooooooh... Who lives in a pineapple under the sea? SpongeBob Squarepants! He's without a doubt one of TV's most iconic characters, celebrating the “Best Year Ever” for the 20th year. Bubbling over with excitement, the animated series brought to the surface comical characters, witty quotes, trendy products, an award-winning Broadway musical, and waves of fans all around the world.

Many of SpongeBob's original fans from the early days are up and coming millennials savvy enough to recognize the value of nostalgia and pop culture collectibles. 20th anniversary of SpongeBob SquarePants, Nickelodeon is debuting an exclusive new, collectible products. With two decades of  SpongeBob to commemorate, the original, playground toy line has evolved to appeal to its multi-generation fans.  Showcasing an entirely new collection featuring collectible figures, must-have novelties, deluxe plush toys and first-time ever SpongeBob toys with Nickelodeon Slime. Are you ready kids?! 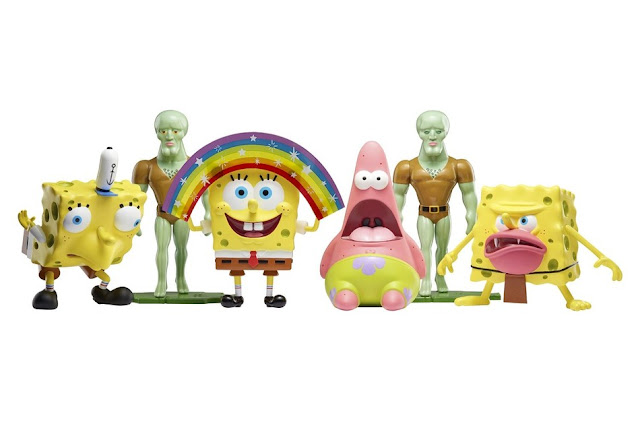 SpongeBob Collectible Vinyl Figures- Designed for the older fan that has grown up with SpongeBob and now enjoys collecting figures from their favorite nostalgic shows.

SpongePop CulturePants - The 4.5-inch vinyl collectible figures celebrate and capture iconic pop culture in a unique SpongeBob way.  The Spring line includes B-Movie SpongeBob, Patrick and Dr. Plankton, based on the horror episodes from the show, as well as Old-Timey SpongeBob, Patrick and Squidward in an all-new timeless style inspired by the golden age of animation.

Spongesicles - These Fall 2019 vinyl figures look just like the real SpongeBob ice pops you buy at your local ice cream truck, except they won't melt!  With four unique designs – three of them with a melted look and one perfect – which will you get?  Includes removable stand. 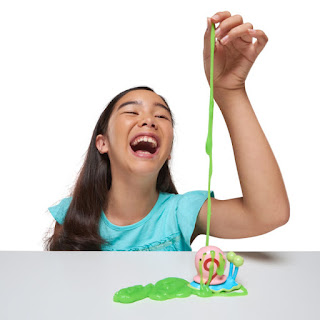 Slimeez with Nickelodeon Slime- Experience the world of Bikini Bottom like never before with SpongeBob Slimeez Figures! Load each 3-inch figure with Nickelodeon Slime (included), push and watch the ooey gooey Slime ooze through the figures.  Six figures arrive on shelves this Spring, each packaged with 2oz. Slime and collectible SpongeBob cube for the ultimate blind package experience. Will you find the rare Gold SpongeBob Slimeez? 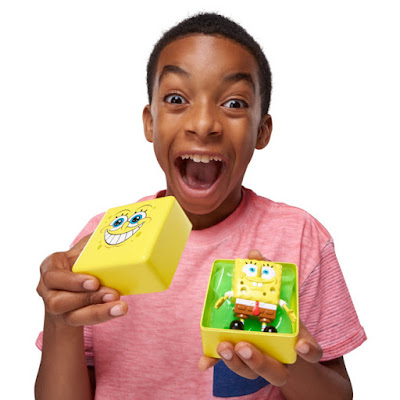 Toys with a Twist- Totally wacky ways to play with SpongeBob with your friends! 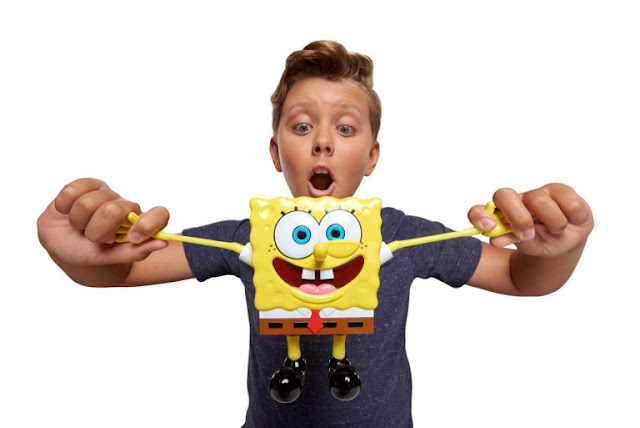 SpongeBob StretchPants- Play with SpongeBob in a crazy new way! Stretch his arms and legs to activate over 20 unique silly sounds and phrases from SpongeBob himself! Parents, siblings and friends can join in the fun by grabbing an arm and a leg.  Keep pulling to hear what he will say next!  The more you pull, the funnier he gets! 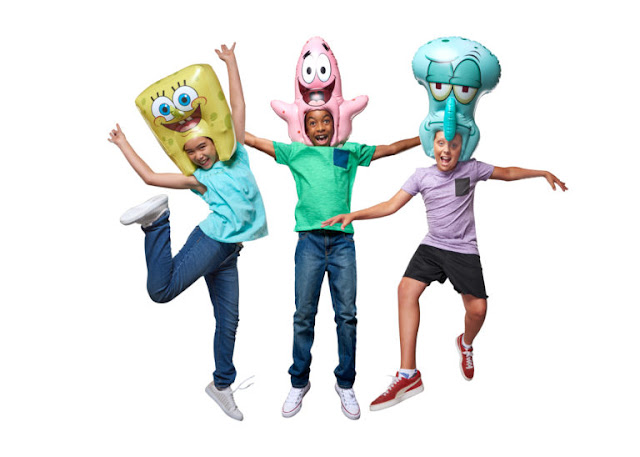 SpongeHeads- Dress up as your favorite SpongeBob SquarePants characters with the 20-inch soft, inflatable headwear!  Made to fit most kid and adults heads, SpongeHeads allow fans of all ages to show off their favorite characters in a silly fashion-statement!  Let the party begin! 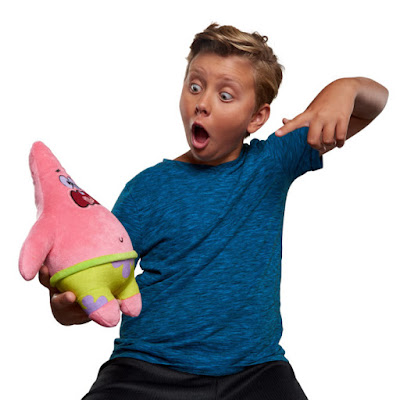 Exsqueeze Me Plush- The 8-inch Exsqueeze Me Interactive Plush burp and fart! Fans will love to squeeze and laugh with these soft, plush pals.

SpongeBob LaughPants- Celebrate SpongeBob SquarePants' 20th anniversary with the soft, huggable joke-telling +17-inch plush.  Among his many jokes and wacky sounds: "How did Patrick do on his bubble test?" "He blew it!"  Featuring articulated arms and hips, and premium material including real pleather shoes and belt.