Prank You Very Much Impractical Jokers: The Movie is Here! 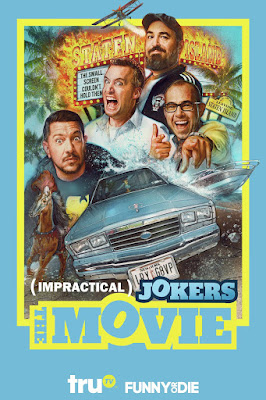 All I can say is that my son was in his room laughing hysterically for the longest time before I slipped into the hall to peek in on what he was watching on TV. That was my first introduction to the hilarious antics of Impractical Jokers. I'll admit that there have definitely been times when I have taken a break from my chaotic day to chuckle at an episode or two to find out what comedic stunts James “Murr” Murray, Brian “Q” Quinn, Joe Gatto, and Sal Vulvano have challenged each out to perform. Impractical Jokers: The Movie thrilled fans with an early digital release on April Fool's Day 2020. The Impractical Jokers TV series been a fan fave for eight seasons with more than 200 episodes aired to date, remaining one of the top three original cable comedy series with new episodes of Impractical Jokers to catch for binge watching on truTV. Prank you very much Impractical Jokers: The Movie is here for an early digital release!

Thank you to the promotional team for Impractical Jokers: The Movie from Warner Bros. Home Entertainment for the courtesy of providing complimentary media screening provisions for editorial content purposes. This content may contain affiliate links.

Prank You Very Much Impractical Jokers: The Movie is Here! 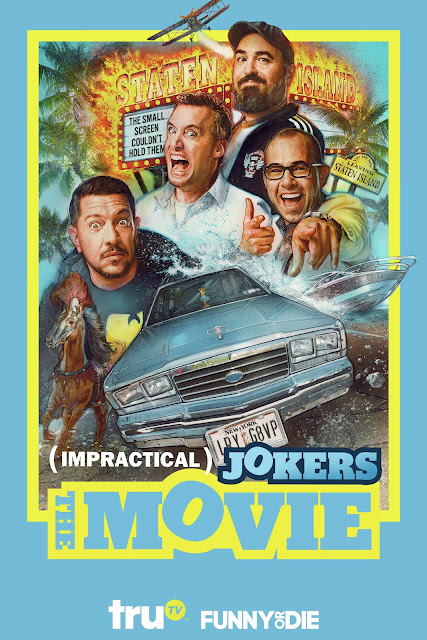 Just weeks after a successful movie theater debut, the movie based upon the non-stop laughs of the Impractical Jokers series, Impractical Jokers: The Movie brings the laughs home- to your home. Portraying themselves in this fictional story of a humiliating high school mishap from the early nineties, the movie combines the fictional narrative with real life footage of over-the-top punishments and callbacks to classic moments from the series.

“Impractical Jokers raised the stakes bringing their hi-jinks to the big screen and we couldn’t be more proud of their impressive box office debut,” said Brett Weitz, General Manager for TNT, TBS, and truTV. “The unwavering support of their fans prove that this comedy franchise continues to provide endless laughs and entertainment that we are pleased to bring into homes.”

“Impractical Jokers first premiered on truTV to much fanfare in December 2011 and quickly became a hit, especially among young adults,” said Mary Ellen Thomas, WBHE Senior Vice President, Originals, Animation & Family Marketing. “The power of the loyal fan base has proven the sky's the limit for this comedy franchise, and we are eager to bring home the laughter and antics of their first feature film for the whole family to enjoy.”

“For all our wonderful fans who've been requesting, we're happy to announce that Impractical Jokers: The Movie will be available in your homes to watch digitally on April 1st”, said The Tenderloins, featured in the movie as well as the series. “Hoping we can provide some laughs to families and friends at a time when we can all surely use some.”

As the owner of the digital content published by Creative Learning Center Studios, I am compensated to provide my opinion on products, services, websites and various other topics. This content may contain affiliate links. Even though, as the writer/owner of this blog receiving compensation for posts or advertisements, I will always give my honest opinions, findings, beliefs or experiences on those topics or products. This content abides by word of mouth marketing standards. I believe in the honesty of relationship, opinion and identity. The views and opinions expressed on this blog are purely my own. Any product claim, statistic, quote, or other representation about a product or service should be verified with the manufacturer, provider, or party in question.