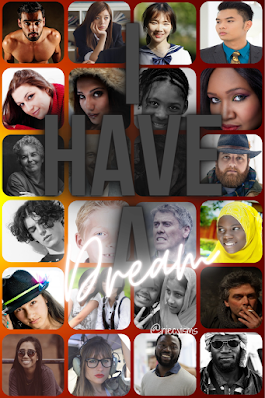 Sign of the times. These words are more significant than simply the title to a Prince or Harry Styles song, depending on where you align. Recently a colleague and myself engaged in lighthearted conversation about nothing in particular. Following a few moments of easygoing chit chat and laughter, our discussion veered toward more pressing topics of current events, sign of the times. Music resonates deeply for me personally, like so many of us. Observing our current atmosphere, too often my mind replays the lyrics of a song from Lin Manuel Miranda's Broadway phenom, Hamilton, "the world turned upside down." Our lives seem to have been twisted and turned about into a whirlwind of chaos and confusion. Reflecting upon the words and message of the iconic I Have A Dream speech Reverend Dr. Martin Luther King, Jr. orated at the Lincoln Memorial during the March on Washington for Jobs and Freedom, decades later, continues to stand as a timely message of truth- a sign of the times. As a progressive global superpower, our nation continues to struggle with the dire need for policy reforms and equal representation as a means of collectively rebuilding our divided America.

I Have A Dream Address Excerpt 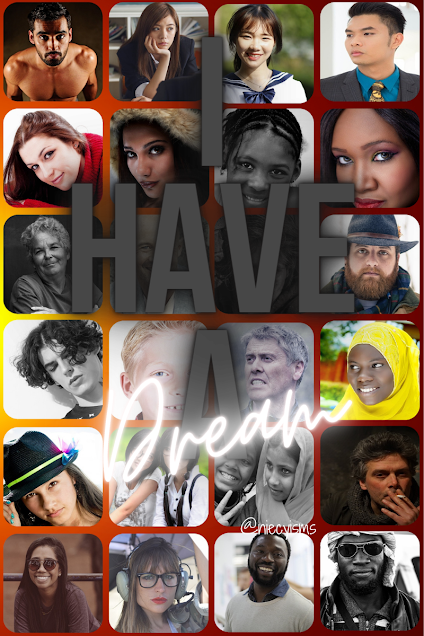 I have a dream that one day this nation will rise up and live out the true meaning of its creed- “We hold these truths to be self-evident, that all men are created equal.”
I have a dream that one day on the red hills of Georgia, the sons of former slaves and the sons of former slave owners will be able to sit down together at the table of brotherhood.
I have a dream that one day even the state of Mississippi, a state sweltering with the heat of injustice, sweltering with the heat of oppression, will be transformed into an oasis of freedom and justice.
I have a dream that my four little children will one day live in a nation where they will not be judged by the color of their skin but by the content of their character. I have a dream today.
I have a dream that one day down in Alabama, with its vicious racists, with its governor having his lips dripping with the words of “interposition” and “nullification”, one day right there in Alabama little black boys and black girls will be able to join hands with little white boys and white girls as sisters and brothers. I have a dream today.
I have a dream that one day every valley shall be exalted, every hill and mountain shall be made low, the rough places will be made plain, and the crooked places will be made straight, and the glory of the Lord shall be revealed, and all flesh shall see it together.
This is our hope. This is the faith that I go back to the South with. With this faith we will be able to hew out of the mountain of despair a stone of hope. With this faith we will be able to transform the jangling discords of our nation into a beautiful symphony of brotherhood. With this faith we will be able to work together, to pray together, to struggle together, to go to jail together, to stand up for freedom together, knowing that we will be free one day.
This will be the day, this will be the day when all of God’s children will be able to sing with new meaning: “My country, ‘tis of thee, sweet land of liberty, of thee I sing. Land where my fathers died, land of the pilgrim’s pride, from every mountainside, let freedom ring!"
And if America is to be a great nation, this must become true. So let freedom ring from the prodigious hilltops of New Hampshire. Let freedom ring from the mighty mountains of New York. Let freedom ring from the heightening Alleghenies of Pennsylvania. Let freedom ring from the snow-capped Rockies of Colorado. Let freedom ring from the curvaceous slopes of California. But not only that- Let freedom ring from Stone Mountain of Georgia. Let freedom ring from Lookout Mountain of Tennessee. Let freedom ring from every hill and molehill of Mississippi. From every mountainside, let freedom ring.
And when this happens, and when we allow freedom ring, when we let it ring from every village and every hamlet, from every state and every city, we will be able to speed up that day when all of God’s children, black men and white men, Jews and Gentiles, Protestants and Catholics, will be able to join hands and sing in the words of the old Negro spiritual- “Free at last! Free at last! Thank God Almighty, we are free at last!”
Rev. Dr. Martin Luther King, Jr. Quotes
"I have decided to stick with love. Hate is too great a burden to bear.'
"Love is the only force capable of transforming an enemy into friend."
"I believe that unarmed truth and unconditional love will have the final word in reality. That is why right, temporarily defeated, is stronger than evil triumphant."
"Darkness cannot drive out darkness; only light can do that. Hate cannot drive out hate; only love can do that."
"Hatred paralyzes life; love releases it. Hatred confuses life; love harmonizes it. Hatred darkens life; love illuminates it."
"Faith is taking the first step even when you don't see the whole staircase."
"If you can’t fly then run, if you can't run then walk, if you can’t walk then crawl, but whatever you do you have to keep moving forward."
"We must accept finite disappointment, but never lose infinite hope."
"Life's most persistent and urgent question is, 'What are you doing for others?'"
"Everybody can be great because everybody can serve."
"Our scientific power has outrun our spiritual power. We have guided missiles and misguided men."
"We must learn to live together as brothers or perish together as fools."
"Injustice anywhere is a threat to justice everywhere."
"If a man is called to be a street sweeper, he should sweep streets even as Michelangelo painted, or Beethoven composed music, or Shakespeare wrote poetry. He should sweep streets so well that all the hosts of heaven and earth will pause to say, here lived a great street sweeper who did his job well."
What is your favorite Rev. Dr. Martin Luther King, Jr. quote? Why?
As the owner of the digital content featured by Creative Learning Center Studios, I am compensated to provide my opinion on products, services, websites and various other topics. This blog may contain affiliate links. Even though, as the writer/owner of this blog receiving compensation for posts or advertisements, I will always give my honest opinions, findings, beliefs or experiences on those topics or products. This blog abides by word of mouth marketing standards. I believe in the honesty of relationship, opinion and identity. The views and opinions expressed on this blog are purely my own. Any product claim, statistic, quote or other representation about a product or service should be verified with the manufacturer, provider or party in question.
I Have A Dream March on Washington Martin Luther King Jr. Washington DC