An Inside Look at Sensational Stephen King Series The Outsider 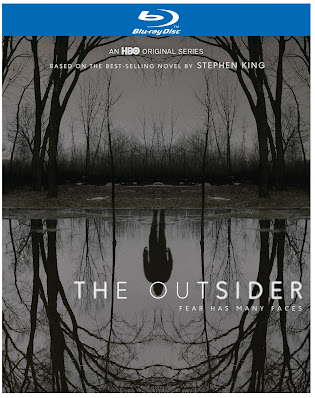 What no one tells you about the mysterious circumstances of Stephen King's series The Outsider is practically everything you will need to know. "Believe the unbelievable!" Anyone, like myself, that is a fan of the creative talents of Stephen King will agree with the undeniable truth of this simple statement. The Outsider series is based upon King's novel of the same title. Warner Bros. Home Entertainment is releasing the mind-blowing murder-crime mystery series The Outsider: The Complete First Season on Blu-ray, DVD, and Digital via purchase from all major digital retailers. Join us for an inside look at the sensational Stephen King series, The Outsider.
Thank you to Warner Bros. Home entertainment and their promotional team for the courtesy of providing gratuitous content for editorial content purposes. Warner Bros. Home Entertainment provided me with a free copy of the series reviewed in this post. The opinion I share are my own. This content may contain affiliate links.
An Inside Look at Sensational Stephen King Series The Outsider 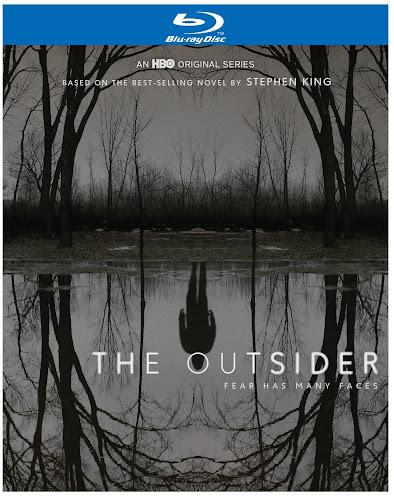 Here's why I prefer to buy complete seasons of my favorite series- I don't have to watch heart-stopping action at night when it's dark. That's about as real as it gets. Watching those creepy moments that tend to linger with you long after the episode has ended is too much for me to handle. We're talking about the stuff that Stephen-King-style nightmares are made of, honestly!
"The gruesome murder of an 11-year-old boy in the Georgia woods leads a local detective into a disturbing search for the truth in Season 1 of this drama series based on Stephen King's bestselling novel. When an insidious supernatural force edges its way into the case, it leads a seasoned cop (Ben Mendelsohn) and an unorthodox investigator (Cynthia Erivo) to question everything they believe in. The stellar supporting cast includes Bill Camp, Mare Winningham, Paddy Considine, Julianne Nicholson, Yul Vazquez, Jeremy Bobb, Marc Menchaca and Jason Bateman."
Featuring all 10 thrilling episodes of the debut season, The Outsider: The Complete First Season takes you through more than 40 minutes of behind-the-scenes bonus content including the all-new featurette “EL CUCO. THE BABA YAGA. THE OUTSIDER.” This never-before-seen featurette takes you deep into the real-world origins and supernatural abilities of the figure looming in the midst of The Outsider with in-depth insights from the series creators and cast. 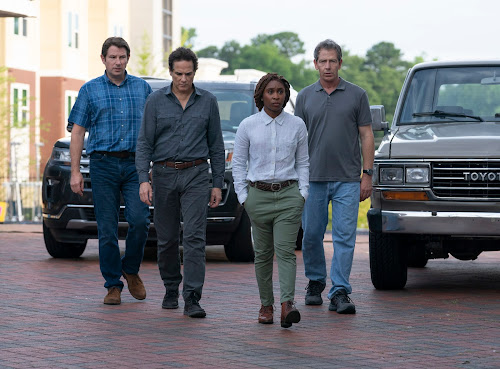 "Based on Stephen King’s bestselling novel of the same name, The Outsider is a new drama series that follows a seemingly straightforward investigation into the gruesome murder of a local boy. When 11-year-old Frankie Peterson’s body is found mutilated in the Georgia woods, police detective Ralph Anderson sets out to investigate – with eyewitnesses and physical evidence pointing to Terry Maitland, a popular high school teacher, Little League coach, doting husband and father. While the case appears ironclad, Ralph is baffled by the emergence of contradictory evidence that places his suspect in a neighboring city at the time of the murder. The mysterious set of circumstances surrounding this horrifying crime leads Ralph, a seasoned cop still grieving the recent death of his own son, to bring in unorthodox private investigator Holly Gibney, whose uncanny abilities he hopes will help explain the unexplainable."
“The Outsider is not just for Stephen King fans, as there is something for everyone in this captivating series,” said Rosemary Markson, WBHE Senior Vice President, Television Marketing. “HBO’s most watched new series in the last three years has mesmerized audiences through its incredibly talented actors, thrilling plot twists, and true to life themes of grief and trauma, which will keep you glued to the screen until its electrifying climax.”
The incredible cast of The Outsider includes-
- Emmy®- and Golden Globe nominee Ben Mendelsohn (“Bloodline,” “Ready Player One”)
- Tony Award winner and Oscar® and Golden Globe nominee Cynthia Erivo (“The Color Purple,” “Harriet”)
- Bill Camp (Emmy®-nominee for “The Night Of”)
- Mare Winningham (Oscar® nominee for “Georgia”)
- Paddy Considine (HBO’s upcoming “The Third Day”)
- Julianne Nicholson (HBO’s upcoming “Mare of Easttown”)
- Yul Vázquez (“Divorce”)
- Jeremy Bobb (CINEMAX’s “The Knick”)
- Marc Menchaca (“The Sinner”)
- Emmy® and Golden Globe winner Jason Bateman (“Ozark,” “Arrested Development”)
The Outsider: The Complete First Season 10 One-Hour Episodes
- Fish in a Barrel
- Roanoke
- Dark Uncle
- Que Viene el Coco
- Tear-Drinker
- The One About The Yiddish Vampire
- In the Pines, In the Pines
- Foxhead
- Tigers and Bears
- Must/Can't
The Outsider: The Complete First Season Bonus Features
- EL CUCO. THE BABA YAGA. THE OUTSIDER – All New Featurette
- Invitation to Set
- Stephen King and The Outsider
- Jason Bateman and The Outsider
- Adapting The Outsider
- Analyzing Holly Gibney
- The Outsider: Inside Episodes 1-10
The Outsider is now available to own on Blu-ray, DVD, and Digital. Digital purchase allows consumers to instantly stream and download to watch anywhere and anytime on their favorite devices. Digital movies and TV shows are available from various digital retailers including Amazon Video, iTunes, Google Play, Vudu and others. A Digital Copy is also included with the purchase of specially marked Blu-ray discs for redemption and cloud storage.
As the owner of the digital content published by Creative Learning Center Studios, I am compensated to provide my opinion on products, services, websites and various other topics. This content may contain affiliate links. Even though, as the writer/owner of this blog receiving compensation for posts or advertisements, I will always give my honest opinions, findings, beliefs or experiences on those topics or products. This content abides by word of mouth marketing standards. I believe in the honesty of relationship, opinion and identity. The views and opinions expressed on this blog are purely my own. Any product claim, statistic, quote, or other representation about a product or service should be verified with the manufacturer, provider, or party in question.
HBO Stephen King The Outsider Warner Bros Home Entertainment